Seasons
Most trekking routes in the northern ranges of Tajikistan are accessible from May to October whereas the best time to trek the Pamirs is from June until mid-October.

Centres
Penjikent is the jumping-off point in northern Tajikistan, while Sarytag, the village close to Iskanderkul, connects several trekking itineraries. Khorog is the best hub from which to venture into the Pamirs. The guide also includes five day hikes near the capital, Dushanbe.

Difficulty
Routes vary from easy to very hard. While most trails are clear, solitude, river crossings, route finding, high altitude and the wild terrain of the Tajik mountains all pose varying degrees of challenge. Some treks include travel on small glaciers that require the use of crampons. 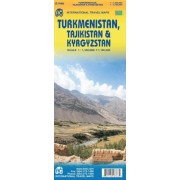 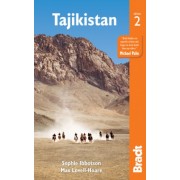