Trekking in the Silvretta and Rätikon Alps

This guide describes three treks, between 5 and 8 days, in the Silvretta and Rätikon Alps starting near Klosters, and 12 half-day hut-to-hut routes. These contrasting ranges form a line on the borders of Switzerland, Austria and Liechtenstein. The Tour of the Silvretta, the Prättigauer Höhenweg and the Rätikon Höhenweg.

Seasons
When snow has melted from the high passes and all the huts are open, the treks are best tackled from late June until the end of September.

Centres
Since these are multi-day routes there are no bases as such, but the treks either bein at, or pass through, Klosters, Lavin, St Antönien, Nenzinger Himmel and Brand.

Difficulty
No technical difficulty or special equipment will be required to tackle these routes under normal summer conditions, but the 7-8 day Tour of the Silvretta has several challenging and remote passes to cross and is suitable for experienced trekkers. The 5-day Prättigauer Höhenweg and 7-8 day Rätikon Höhenweg are both moderate. 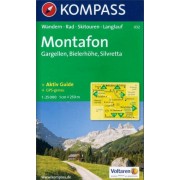 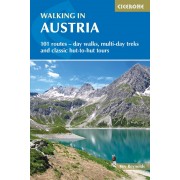