Second volume of a 2-part guide to walking in the Haute Savoie in the French Alps. This guidebook describes 30 half to full-day routes in the area between Chamonix and Annecy. Walks are located near Samoëns, Sixt, La Clusaz, Thônes, la Roche-sur-Foron and Lake Annecy. Includes Chaîne des Aravis, Plateau de la Borne and Haut Giffre.

Seasons
Spring and summer, when the snow has melted and the slopes are bright with alpine flowers. Autumn, when the leaves are changing, and even winter for some of the lower walks

Difficulty
A variety of routes of differing length and height gain, suitable for most abilities, graded from easy to difficult. None require special equipment or expertise, but those graded difficult have some exposed sections, often protected by cables, and need a head for heights 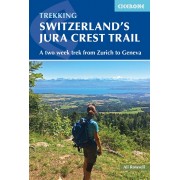