Guidebook to trekking the Pyrenean Haute Route, which zigzags across the Franco-Spanish border, staying close to the main ridge in the highest and most spectacular central Pyrenees. It covers 750km with over 40km of ascent, so is suitable for experienced mountain walkers only. The largely unwaymarked route is presented in 44 stages.

Seasons
The Pyrenean Haute Route is a summer route that is best hiked between late June and early October, when the days are long, the weather more settled and most of the snow has melted.

Difficulty
Grades are used to give an indication of difficulty. Most of the 44 stages fall into Grade 2 (5-7 hour stages with a reasonable amount of ascent and descent) and should be within the capabilities of an experienced hiker. A small number are longer, more demanding routes (Grade 3) and a few are short, easy hikes (Grade 1). Three stages are graded E for 'exceptional': these routes contain steep and exposed sections requiring great care. Crampons and ice axe may be needed on some stages in early summer, but for each of these stages, an easier alternative is described.

Must See
​The karst landscapes surrounding Pic d'Anie, the Ossoue glacier on the famous Vignemale, the impressive Cirque de Gavarnie with one of Europe's highest waterfalls, the alpine landscapes in the Portillon region, Pico de Aneto (3404m - the highest peak in the Pyrenees), views of the Mediterranean from Pic du Canigou 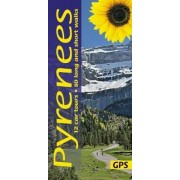 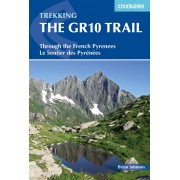 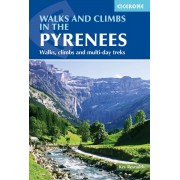 Walks and Climbs in the Pyrenees
335,00kr 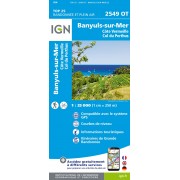