A walking guidebook with 46 graded routes in Sicily, including the Madonie and Nebrodi mountains, the Egadi and Aeolian islands and Mount Etna. Most walks take 3-4 hours, plus some short easy strolls as well as long mountain traverses. Interesting varied terrain, including river valleys, coastal walks, ancient ruins, volcanoes and mountain peaks.

Seasons
March to June is best; summers are very hot for walking; early Autumn is pleasant but late Autumn is the wettest time of the year

Centres
Access via Palermo, Naples and and other airports; most main towns would be good bases- Messina, Taormina, Catania

Difficulty
some of the walking may be arduous (Etna); routes of varying difficulty between half and full days

Must See
​Mount Etna (though it may be closed to walkers); the Isola Egadi; Hellenic, Roman and Byzantine remains; and the wonderful food 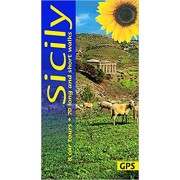 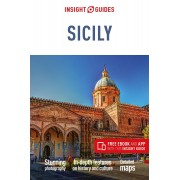